SEIZING THE DAY WITH LET’S TAKE A WALK 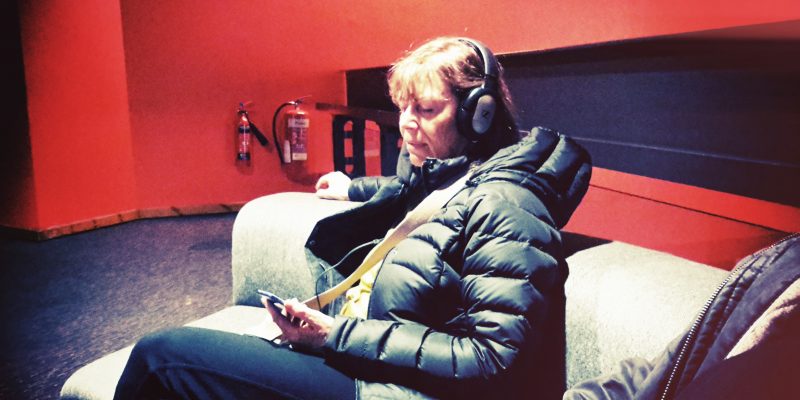 Carpe Diem.  Seize the Day is such a tired phrase, but it is a notion that seems to have seized me in my retirement.  You would be right to assume that it’s got everything to do with there being fewer days ahead of me than behind.  It led to me taking up Contemporary Ballet in my 60s, and when, at one class last summer, the dance teacher announced an opportunity to participate in a workshop conducted by non zero one,  I was hooked at the word ‘opportunity’ . . . and immediately answered “Yes, please” when offered an involvement in the let’s take a walk project.

I chose to talk about friendship; how friendships are formed, how friends can drift apart and whether those friendships can, or should, be rekindled.  This sprang from my later-life realisation of how much I value my friends, and my regret at having lost touch with some.  In my Barbican journey, I mentioned one particular friend, a Chilean woman who I met whilst working in Hong Kong.  Sonia is a unique blend of innovation and craziness.  I got swept along with her mad schemes. With our husbands, we spent most of our free time together, mostly laughing.  Life was never dull with her around, and she made the sometimes stressful Hong Kong life much more fun.  We lost contact when we returned to England, and they to Chile. Nothing dramatic; life simply got in the way.

Over the following 30 years, I tried, unsuccessfully, to find her. No-one seemed to know where she was.  I promised those who took my ‘walk’ that I would try one last time.  On the evening of the recording session with John, I found, on a university website, a contact for her ex-husband.  He gave me her email address, and within a few hours came a response, followed by a phone call from Santiago.  Sonia and I spoke for a half hour.  In the ‘walk’ I suggested that finding an old friend might be like no time at all had passed.  And that’s exactly how it was.  In fact, Sonia said those very words in our first conversation.  More long phone calls in the next couple of days and then Sonia announced she was coming for Christmas!!

By coincidence, another couple, who were good friends of us both, were temporarily back in England, so we three women seized every day.  We had two wonderful (and exhausting) weeks of talking, theatre, talking, art galleries, talking, eating, talking and occasionally including the men. Of course, we went to the Barbican and took all the walks.  You can see photos of us both at the LTAW wall and of Sonia immersed in her own story.  We are all thrilled to be back in touch, and WhatsApp pings most days. It’s a long-held ambition fulfilled.

So, my Barbican adventure resulted in so much more than any of us could have foreseen.  I am hugely grateful to the non zero one team, and to the Barbican, for the wonderful, life-changing experience of the project, for being the catalyst for finding an old and valued friend, and for the added bonus of new friends on the NZ1 team and those amazing fellow Barbican adventurers.  We have pledged to stay in touch!