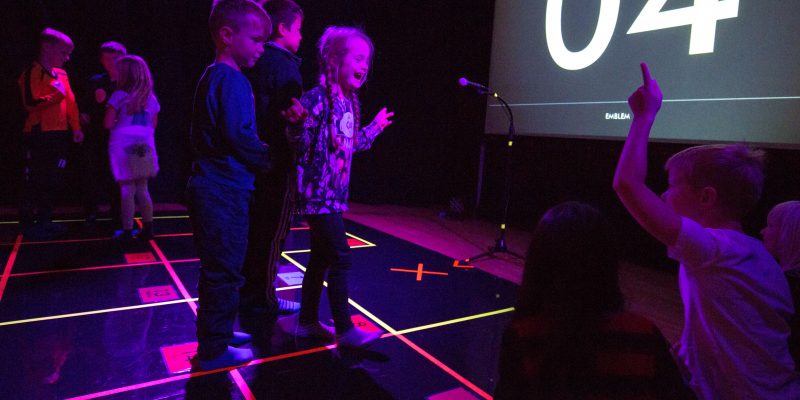 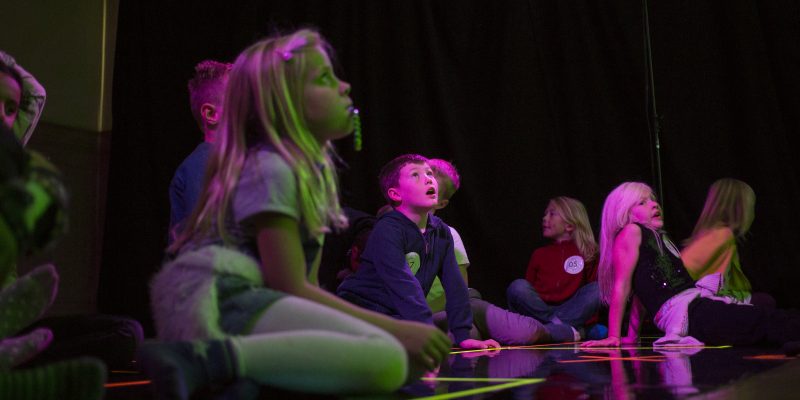 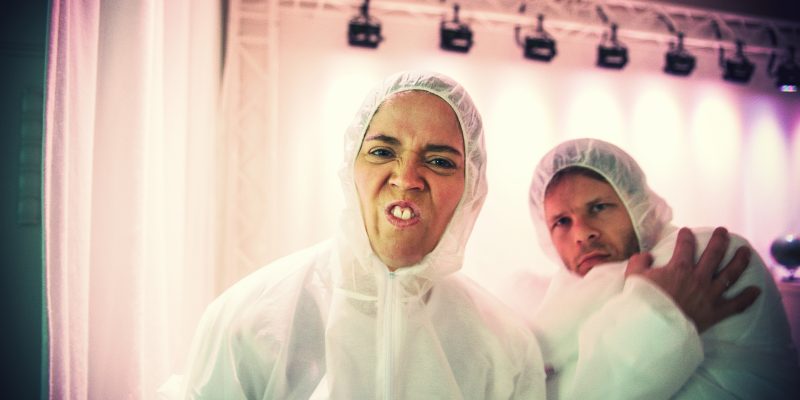 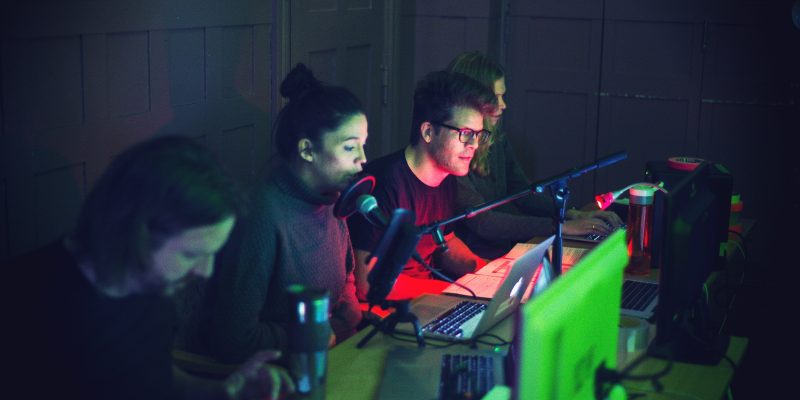 We’re currently in Norway working on turning ground control, our show for 7 – 12 year olds, into Romkadettene : Klar for landing with Barneteatretvårt in Ålesund.

ground control was the first piece of work that we made for young people back in 2014 and was originally the result of a digital commission from Hijack, Brighton’s children’s festival. It’s been on quite a journey over the last couple of years and now it’s taking on a whole new life.

When we created ground control we were interested in a few questions:

ground control has been through a few iterations, but it has always tried to adhere to the same principle; that the young people taking part should feel like they matter, that they have the power to choose and that their choices matter. Their voices are the most important.

That resulted in a few key decisions about the show:

• There would be no visible adults in the room (apart from one usher from the venue for health and safety reasons)
• The young people should be asked relevant and timely questions about the world and their experience of the world today
• The performer should be a live voice, able to respond to what’s happening in the space

The decision to make ground control an experience only for young people has proven to be one of the most interesting talking points. We wanted to remove the presence of parents, teachers and other adults in order to create a space for young people that was dedicated to them and their thoughts. It seemed to us that young people often live in the world of “right and wrong” and often it’s an adult voice that approves or encourages that categorisation. ground control aims to give young people the space to make choices and articulate why they chose them – often that means expressing an opinion reached by the individual or the group. Opinions and choices open up into a discussion with the live voice, a voice that doesn’t have an opinion on whether or not there is a right answer. However, it is inquisitive, it wants to learn and it asks more questions about why the young people have made their choices, what it means to them and what they might think it means for the future.

We’ve taken the script through the following translation process:

1. LITERAL – the word for word exchange of English to Norwegian
2. SEMANTIC – changing the literal version to make the phraseology as would be spoken in Norwegian, including idioms, for example
3. CULTURAL – changing the content of the show to make sure that it is relevant to the young people in Norway and the area where it is playing

We’re just finishing week two of the process and we’ve achieved a lot in a short space of time. We’re through stages one to three of the translations process, which involved working with Tobias and Hedda (who will be the voice of Fremtirion and who with tour the show in Norway when we return to the UK) in both English and Norwegian. We’d discuss the intention behind a section of the script, highlight where the literal translation was problematic in Norwegian and then make changes accordingly. It brought up things like how we use “you” in English to address an individual but also a group, which doesn’t work in Norway. The process was detailed, and what was unexpected for us was how it really highlighted the clarity of our intention for each moment in the show. Sometimes we were really certain why things had to happen a certain way and sometimes things were less clear and we adjusted them there and then. It was a really involved dramaturgical process, a golden opportunity to revisit our decision making process.

We put Romkadettene in front of our first test participants (albeit a group of adults) at the end of last week and everything happened as it should. This week has been all about continuing to test, but now only with groups of young people and swapping all of the English assets in the show into Norwegian. We ended up having a group of 6 and 7 year olds take part, which is a younger group en masse than we have ever had experience ground control, needless to say it was a happy kind of mayhem. With each new piece of work we make we go through a stage in the rehearsal process we call “chaos testing” – which basically means throwing a lot of things at your piece of work to break it and then seeing what you can do to fix it causing the least affect to the participant – well the 6 and 7 year olds were our chaos test. They loved the fact that the show was responding to them and that they were in charge, sometimes a little too much. Tobias, Hedda and Stefan (who is operating the show) were thrown in at the deep end, “Si dette! Hopp over dette! Forandre dette!” (“Say this! Skip this! Change that!”), and they kept it working. The group of romkadettene running out the door thought it was the most fantastic thing even if they weren’t yet of reading age and some of it went over their heads. “Systeme Fail!” became our new friend. Performing ground control / Romkadettene requires the whole team to be in the moment with the young people, working out systems and strategies that keep the show moving forward is really important.

Tobias comments that the process feels “generous”, which is nice – I think we had a realisation early on that there isn’t time for preciousness when you need to make something work in a new place. Tobias, Hedda and Cecilie, the Artistic Director of Barneteatret Vårt, are experts in being performers, directors, and dramaturgs respectively, as well as being Norwegian and knowing their audiences. Some things weren’t up for grabs, we have learnt some things that work from touring the show but some things definitely were and it felt really important that it was a collaborative process.

This is our first time working internationally and it has been a hugely eye opening experience. It’s something that we’ll be able to repeat elsewhere in the world, hopefully with ground control but also with our work for adult audiences too. Where we were told that it would be difficult to tour our work to non-English speaking territories, this process has made it feel more possible to collaborate on re-making our work, to entrust it to local artists and then go back home knowing that the reach of our work is growing. With this collaboration with the Norwegian team, it feels like the values of the work still exist, but together we have interrogated the work’s intentions and made changes and added new parts. Romkadettene is a faithful evolution and it definitely feels like it’s in safe hands.

Want to watch the Norwegian trailer for Romkadettene? Here it is!